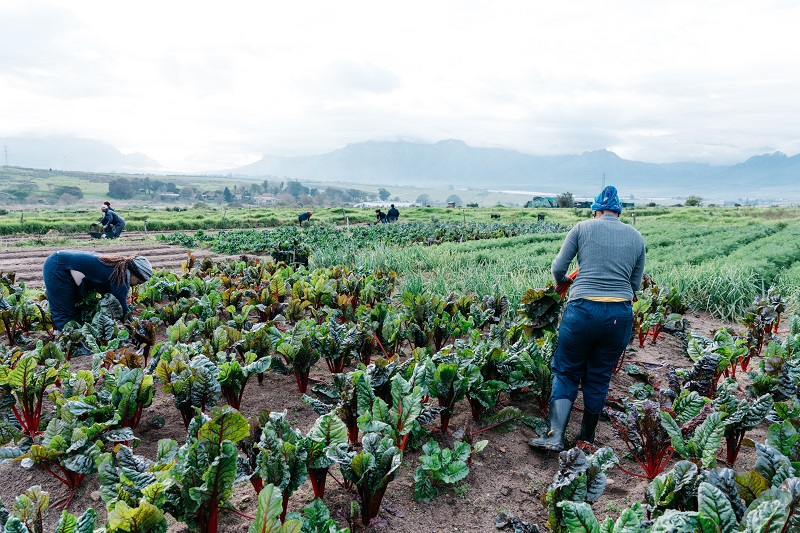 During December 2020 we celebrated with the 14 AgroEcology Academy students that graduated from the four year programme. The majority of the students completed their final practical year on the Living Soils Community Learning Farm, and four AgroEcology graduates who started as interns in 2020 have been appointed as junior farm managers. In addition, six additional farmers were appointed as many of the graduates started their own small farms or businesses closer to their homes.

We are proud of what each graduate have achieved, and introduce the four junior farm managers below. 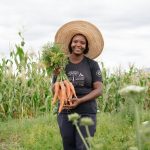 Phuthuma Mgu is originally from Engcobo, Eastern Cape, but moved to Cape Town as a teenager where she completed her schooling. She is a dynamic individual who started her own business as a hairstylist in 2005. She conducted her business for 15 years, but decided to further her education when she discovered the AgroEcology Academy where she completed her studies. As Junior Farm Manager for Living Soils, Phuthuma oversees the plant production, from planting to harvesting. “I am excited as it is the first time I feel like a proud working woman. I am happy to be part of the SI, where disadvantaged youth are groomed to be independent.” It is Phuthuma’s hope to learn more about what she has been studying, and that someday she will own her own farm and help others like her who are willing to grow their own organic food gardens. 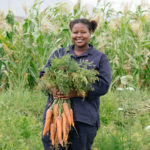 Thandiwe Mtyingizani was born in the small town of Tsolo in the Eastern Cape. Thandi had planned to go into early childhood development but life had other plans. She successfully applied for and was accepted to the Sustainability Institute’s Agroecology Academy in 2017. As Junior Farm Manager for Living Soils, she oversees the soil health and water management on the farm. “The way that I look at land and at food has changed,” Thandi says, noting that what food she buys and cooks for her husband and two sons has shifted a lot. “I look for healthy food and vegetables and I talk to my family and friends about nutrition.” The theoretical knowledge gained in the past four years has enabled Thandi to evaluate growing practices, the condition of the soil, and what should be grown where. It has also empowered her with knowledge about the importance of food for physical and mental development. She is looking forward to applying her knowledge and experience on the farm. Thandiwe also wishes to pass her knowledge to others and hopes to manage her own garden. 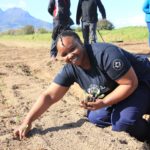 Vuyolwethu Zicina manages the SI Permaculture garden with a team of enthusiastic and dedicated gardeners, and she is also responsible for nursery plant production and grows seedlings for the garden and the farm. Growing food has become her passion because she knows that there wouldn’t be life without food and the country’s economy would be affected. “I hope to see the learning farm grow even to other provinces so that it can feed the nation. It is also my hope that I can one day own my own farm together with my fellow farmers.” Vuyo is from Zwelitsha, a small area in King William’s Town in the Eastern Cape, and now resides in Kayamandi in Stellenbosch. 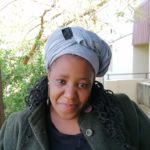 Sindiswa Mdodana was born and raised in Ngqeleni, Eastern Cape, and moved to Stellenbosch to find better opportunities for herself. She lives in Kayamandi, where she works in her local ward as a youth development councilor. In her capacity as Junior Farm Manager for Living Soils, she oversees the coordination and management of farm activities under regenerative farming practices, and is the general site manager. She is incredibly passionate about people. “Through my studies and experience in farming I have realised that I am also able to support youth through farming. My dream is to start a farming community centre in Kayamandi and back home in the Eastern Cape.”