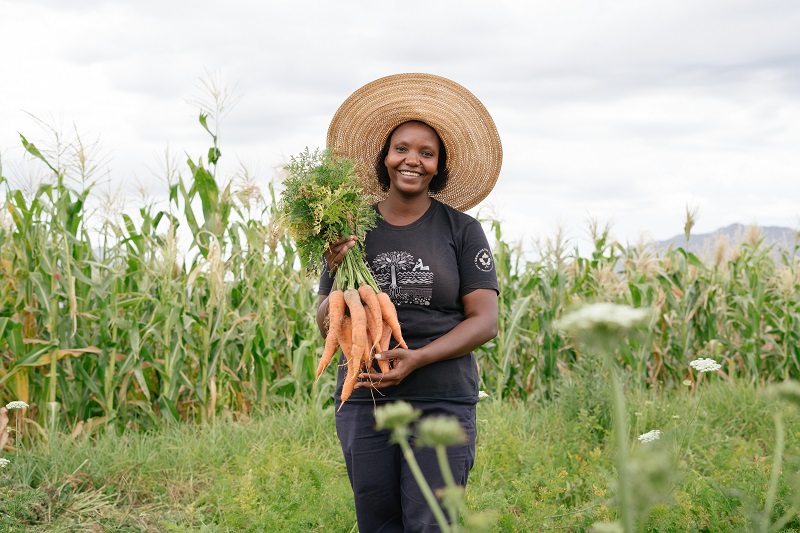 Healthy ecosystems for the stewards of our land

Climate, Environment and Economic Development: The importance of regenerative agriculture as an approach to sustainable development in South Africa

“We tend to put the environment last because we think the first thing we have to do is eliminate poverty. But you can’t reduce poverty in a vacuum. You are doing it in an environment.”- Wangari Maathai

The main challenges faced by many developing countries, including South Africa, are poverty and unemployment. A lot of their economic growth opportunities aimed at reducing poverty and unemployment, are attached to the natural environment. With an economy so intricately connected to its natural environment, not taking care of the environment results in serious environmental challenges and land degradation, with many natural ecosystems being destroyed and replaced with mining, urbanised and agricultural systems. Environmental degradation has consequently jeopardized the developmental efforts aimed at creating opportunities for poverty reduction and increasing employment and food security. These efforts are further amplified by the impact of climate change that also creates new risks that are not equally distributed, and have a bigger impact on the development of disadvantaged communities. The consequences of climate change are mostly non-linear and occur over the long term, making it further challenging for elected decision-makers operating within a short-term mandate to appropriately address the systemic impacts of climate change on our interdependent socioeconomic and ecological systems.

Climate change and land degradation have had a range of impacts on the natural environment. South Africa’s biodiversity and ecosystems in terrestrial, freshwater and marine environments have been significantly impacted. The change in structure and function of ecosystems leads to loss of valuable biodiversity and ecosystem services that are vital for plant and animal species to thrive, and for human well-being. Agriculture is one of the largest economic sectors and the largest land user, responsible for the transformation of large portions of the country’s natural environment through cultivation and grazing. Conventional commercial agriculture, most predominant in the country, has contributed to land degradation, reduced water quality, biodiversity loss and contributed to greenhouse gas emissions. Inevitably, agriculture has become vulnerable to the effects of broken down ecosystems amplified by climate change, such as temperature and water variability.

According to the government, small scale developments make up a large proportion of the economic sector, and they are responsible for employing the most people in South Africa, providing approximately 60% of all employment. With the high unemployment rate and poverty in South Africa, the government acknowledges the importance of small scale developments and sees them as playing a central role in stimulating economic growth, contributing to community upliftment and poverty alleviation through the creation of employment opportunities, particularly for previously disadvantaged people in South Africa.

Of the various small scale developments, small scale agriculture is one of the more predominant sectors, and plays a significant role in overall agriculture and food security in the country. Most small scale farming occurs in rural areas, with a number of peri-urban farms and food gardens gaining more prominence.

The role of rural farmers

The rural population makes up a significant portion of the country, and have the highest poverty and unemployment rate overall. Added to this, rural areas often have degraded landscapes and are the most vulnerable to climate change, with access to fewer resources to cope, which affects food security, health, and their livelihoods. There has also been high rural-urban influx of people seeking better livelihood opportunities in the cities, which has not only put a strain on the urban economy, but the movement has deprived rural communities with skills and talent needed to uplift those communities. In order to reverse this migration, there has been multiple interventions to support rural economic development. The National Development Plan (NDP) has identified small scale agriculture as a driver in improving the livelihoods of people in rural areas, with the government having already committed a couple billions of Rands to agricultural support programmes to bring about economic development.

The NDP also recognised that in order to eliminate poverty, provide environmental protection and promote economic development, it must consider the impact of climate change as a major factor in determining the country’s development pathways. In response, the South African government highlighted the importance of well-functioning ecosystems in helping the country adapt to climate change and support opportunities towards adaptation and transition to a low carbon economy, particularly for the poor and rural communities. Ecosystem-based Adaptation (EbA) is a strategy recognised and adopted by the government through the development of a strategic framework.

EbA is “the use of biodiversity and ecosystem services as part of an overall adaptation strategy to help people adapt to the adverse effects of climate change” as stated in the Strategic Framework and Overarching Implementation Plan for Ecosystem-Based Adaptation in South Africa.

EbA promotes the use of sustainable management and conservation practices for various economic development practices. It is recognised for its potential to support poor and rural communities who are more directly dependent on natural resources and ecosystem services, by promoting management strategies for building resilient ecosystems in the face of the adverse effects of climate change, while also contributing to socio-economic development goals.

As mentioned before, one of the ways in which South Africa is attempting to address poverty and unemployment is through the promotion and support of small scale farming. With the added pressure of climate change and land degradation, regenerative agriculture should be given much greater attention. Regenerative agriculture is a method of farming in line with EbA and it applies principles and practices that increase biodiversity, enrich soils, improve water use and enhance ecosystem services. Furthermore, regenerative agriculture is seen as a practice that offers healthier yields, with an improved soil ecosystem, it builds resilience to climate change and overall provides more vitality to the farm and local ecosystems.

Context-specific farming that keeps on restoring

There is no one definition of regenerative agriculture, but its core principle is to ensure that overall farming strategies improve the resources it uses – rather than destroying or depleting them – and produce high quality by primarily focusing on improving the overall condition of the soil ecosystem. Regenerative practices are contextual in that they are specific to the natural environmental and soil conditions where farming is taking place, and may utilise various methods of agriculture, such as permaculture, biodynamic, organic or conventional practices to ensure that it is able to build and restore the soils to support life. This is an important distinction, as regenerative agriculture goes beyond conservation and sustainable agriculture, because it looks at understanding and utilizing the flows and processes of the natural ecosystem to not only sustain or maintain what exists, but to restore what was once there.

Soil has long been neglected resulting in the loss of its fertility. Climate and biochemical systems that support biodiversity on Earth all interact with soil, making it the most important resource that life depends on.  Regenerative agriculture looks at soil as an ecosystem with form and function, beyond just the nutrients soil holds, in order to restore and maintain those processes appropriately.  A healthy soil ecosystem has the ability to hold life that contributes to the generation of carbon and nutrients, and provide structure that is important for storing water, aeration, drainage, and decreasing its susceptibility to erosion.  The restoration of soil is also thought to play an important role in capturing carbon.

Another key element to regenerative agriculture is biological diversity. Increasing biodiversity, increases ecosystem functionality and decreases the risk for the farm. As with the other alternative farming practices, a diversification of crops and livestock in a farming system are important in building resilience of the farm system. Added to form and function, the addition and support of indigenous vegetation, well suited for the environmental and climatic conditions, also plays an important role in further building the local ecosystem, by providing habitats to beneficial organisms, and supporting ecosystem services that in turn are able to support the farm.

There is already an adoption of regenerative agricultural practices by large scale commercial farms, with many different management practices implemented in order to reduce the consequences of decreased rainfall, drought, pests and diseases. With the realisation and ongoing support for small scale farm developments, there is an opportunity for the adoption of regenerative agriculture that will have a larger implication for building climate resilience and livelihood security in poor and rural communities. Considering how the COVID-19 crisis has affected the country and the rest of the world, this would be an ideal opportunity for South Africa to strategically channel funding and efforts towards regenerative farming developments that are not only essential to combating food security now, but also to the long term positive impact on the country’s ecosystems, soils and more sustainable jobs.

The Living Soils Community Learning farm is a project based in Stellenbosch that was initiated by partners Spier, Woolworths and the Sustainability Institute to attempt to demonstrate the production of nutritious food utilising regenerative agricultural practices, as one of its objectives. The project supports small scale farming by providing training and support for young and emerging farmers from previously disadvantaged backgrounds. Additionally, Living Soils seeks to develop farm management practices that are financially accessible. It is the aim of the project to develop a replicable model of farming that not only contributes to the restoration of the environment, but also provides support to disadvantaged small scale farmers in South Africa for their economic development. The Living Soils project is an example of how corporate and civil society can come together to show leadership and drive change through partnerships as envisioned in the NDP.

From preparing the soil starting March 2019 and planting the first seedlings in August 2019, to harvesting the first healthy vegetables four months later. By applying regenerative agriculture methods, the once barren and lifeless soil has been transformed by the young farmers from the nearby community with the assistance of a full-time farmer and farming experts. Left is Vuyolwethu Zicina and right is Thandiwe Mtyingizani.

Agriculture is the largest land user not only in the country, but globally, and has played a part in transforming the natural landscape to what it is today. With such an important role that agriculture will continue to play in feeding an ever growing population, now more than ever farmers should consider themselves not just producers of goods, but stewards of the Earth’s landscapes. With the support from government and relevant actors from society, it is possible that small scale farmers are able to have sustainable livelihoods, while having a positive impact on the natural ecosystems that support our biodiversity and provide the goods and services that the agricultural systems are reliant on for a better tomorrow.

“The Earth will not continue to offer its harvest, except with faithful stewardship. We cannot say we love the land and then take steps to destroy it for use by future generations.” —John Paul II