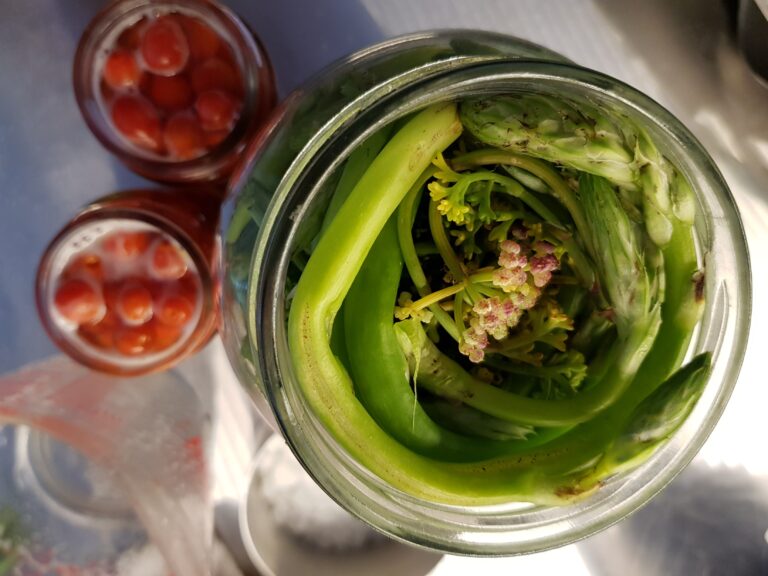 Greater Cape indigenous foods back on the map with groundbreaking partnership

A groundbreaking new partnership between the DSI-NRF Centre of Excellence in Food Security (CoE-FS), Local WILD, and the Sustainability Institute (SI) is laying the foundation for a radical embrace of forgotten and neglected local indigenous foods from the Greater Cape Floristic Region (GCFR). This initiative has the potential to transform foodways in the Western Cape.

In a time when food systems are under profound threat due to climate change, it’s the perfect moment to dive deep into the wide range of locally adaptive indigenous edibles that could be contributing more widely to nurturing the land and its people.

Why is this happening now? Professor Julian May, director of the CoE-FS, explains that they are funded by the National Research Foundation (NRF) to investigate new opportunities to promote food and nutrition security in South Africa and the rest of the continent. “We have been looking at indigenous legumes and grains for several years, which are plants well suited to drought, heat, and salinity — conditions that are becoming more frequent due to climate change. There are opportunities to both develop these underutilised plants as food crops in their own right, and to learn from them to better adapt our more conventional food crops such as maize, wheat and sugar beans (red speckled beans).”

The edibles of the hugely biodiverse GCFR, a predominantly winter rainfall region, are quite distinct from the edibles of the rest of the country; they are considerably less understood despite the massive potential they hold as a future crop that can be grown and used both at the household level, as well as commercially.

The partnership between the CoE-FS, Local WILD and SI would not have come together without Loubie Rusch, the founder of Local WILD. She began exploring local indigenous edibles in earnest around 2010, under the brand name ‘Making KOS’. After several years of observing, reading, cooking, bottling and sharing what she was learning with the public through workshops, by 2016, she was ready to shift emphasis beyond introducing products and dishes to others to draw public attention. A series of projects and research collaborations ensued, along with a number of fortuitous meetings to change things from the ground up in the Western Cape.

Rusch explained that her interest in the subject began as a child: “My mother married an archaeologist when I was about 11, and I often went into the field with him. It gave me my first insights into how hunting and gathering people lived here before the colonists arrived, and how deeply connected they would have been to the edible landscapes they lived within. Yet, in our contemporary food systems, all of that indigenous competence has become completely absent from our foodways.”

After a successful career as a landscape designer, she decided to shift her emphasis and use her skillset to contribute to redressing some of the glaring imbalances of this country. “After several years of exploring and sharing, I came to the realisation that by valorising forgotten and underutilised local foods, I could actually be putting them at risk in the wild if the only way to access them is through foraging,” said Rusch. So, with the support of the SI, Rusch planted a Cape wild food garden in 2016. “Trying them out in cultivation on an urban farm surrounded by small-scale farmers got other growers interested. And then at a certain point, I thought, well, actually, I’ve been working on my own for too long; it’s time to connect more formally with a wider range of interested people.”

For the CoE-FS, their journey began when, “in 2018, we also contributed to the re-release of Renata Coetzee’s seminal book, A Feast from Nature, which discusses food plants that are indigenous to the Western and Northern Cape. This drew our attention to the unique plants of the arid regions of South Africa, as well as those in the Mediterranean climate of the Western Cape.

Professor May explained that, “in 2021, we reached out to Loubie and Vanessa to explore how best to engage with these food system opportunities, mindful of the risk of over-exploitation and environmental destruction that can result. Many of the plants are already in very vulnerable ecological zones, and many are protected to ensure their survival. In addition, many plants are linked to indigenous knowledge systems and respecting indigenous intellectual property rights is critical. Our hope is that this collaboration will enable us to develop a research agenda that is responsible, respectful, and which can benefit both local communities and the country as a whole.”

Another important part of the emerging ecosystem is the SI, led by executive co-director Vanessa von der Heyde. The SI was founded in 1999 as an international living and learning centre for theory and praxis in transformative learning towards just and flourishing futures. Through their various activities and programmes, they strive to realise sustainability through learning, exploring, and applying ways of being that are restorative and generative. “Our work with Loubie and the CoE-FS is an important field of exploration,’ said von der Heyde. “As a learning institute that has already been collaborating with Loubie on exploring practical ways of integrating indigenous GCFR edibles into our hyper-local foodways here in our own community, we are excited to be expanding on this by being the hosting partner for this community of practice which will combine research, learning, and practice.”

The first step in the journey was an important workshop that took place in March 2022, which brought together stakeholders who share an interest in the GCFR. The workshop gave voice and agency to participants from grassroots groupings and public and civil society entities. There, they listened to each other’s perspectives on how to integrate local edibles into the foodways of the region and develop short, robust supply chains.

It became apparent that there were three groups of interested parties in attendance. They can be summarised as:

As can be expected with a diverse and ambitious gathering, many ideas were put forward as to what is needed. But the workshop was able to create a checklist of objectives that will guide the initiative, including the following:

“There are also so many people invested in this incredible biodiversity that we have in the Western Cape who can really make a difference in restoring our landscapes, and recalibrating the dependencies and cultural imbalances that we have,” said Rusch.

In the last five to seven years, Local WILD’s goals have shifted from capturing people’s attention to having a multi-stakeholder group who are interested in exploring this vision and making a difference together.

“I’m very hopeful, I really am,” said Rusch. “The world is in a crisis, and there are so many resilient plants in the Western Cape landscapes with so much potential. With a stakeholder group of people like this, and by putting our joint shoulders to the wheel, we can absolutely make a difference.” Rusch concluded: “The extraordinary biodiversity and resilience of the GCFR holds huge potential to contribute to recalibrating social economic and ecological imbalances in the region. Colonial divide-and-rule methods and the transposed food and agriculture system that has taken root have been hugely damaging to our local richly biodiverse environments.”