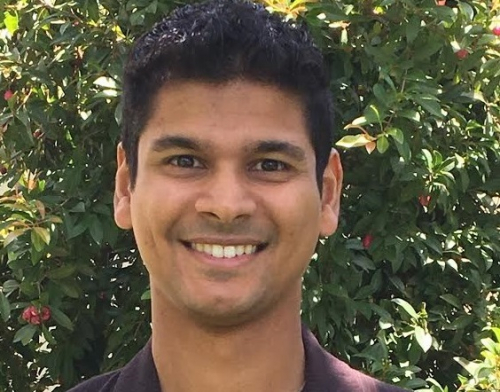 Reflections during the research process – music and sustainability

This blog post covers Siraj Jardine’s thoughts and reflections while exploring the connections between music and resilience as part of his MPhil research. His research was done at Greenpop’s Reforest Fest – a reforestation and music festival in Platbos Forest, Western Cape – and he interviewed performers and listeners after the festival. This article will not focus on the detail of his results, but rather the peripheral insights gained. These insights revolve around his own personal experience of the Reforest Fest.

At Reforest Fest I was expecting that most songs at the festival would have an ecological or activist theme to them, since the festival promoted activism. This was not the case. While there were some lyrics with activist themes and descriptions of nature, many songs’ themes mirrored those of popular music, describing love, relationships and partying. However, as described by one of the Greenpop team members, conveying messages through the music itself was only intended to be one part of the activist experience at Reforest Fest. The entire “temporary community” formed around the festival was an experience intended to bring people closer to nature through a lived experience of sustainability. The music was intended to make the experience more jovial and enjoyable in order to attract people to the space and encourage them to return year after year.

The Reforest Fest experience was interesting for my wife and I. We had never been camping before, and we had borrowed a tent from a friend for the festival. After driving to Gansbaai from Johannesburg (with a stop in Kimberley), we arrived at the festival feeling a little tired. We set up our tent amongst the other attendees and set off to find some food (all of which was vegetarian, which was great for us). After listening to some music (all part of the research…honestly, I was taking notes and everything), it was time to get some rest. During the night, the wind picked up and our tent waterproofing started flapping around. Being first-time campers, we were unsure about how well the tent would hold up in the wind, so we woke up regularly to check the guy-lines and anchoring. Just when we were getting used to the wind, there was a strange “heartbeat” noise under our tent (probably some kind of frog or toad) that kept us awake. Our stay at the festival involved very sustainable, albeit slightly smelly, composting long-drop toilets and minimal water usage by not showering after a day of planting trees. There I was, tired and dirty, trying to take notes about lyrics I was hearing and asking people for interviews. While this was not the ideal festival experience, it did provide some interesting insights during and after the festival.

The majority of the attendees at Reforest Fest were middle class South Africans, and one may argue that more diversity is required in the space. It is probably difficult to encourage poorer communities to participate in this type of activity. When describing the festival to my mother, she responded by saying something like, “sleeping on the floor, limited running water, no electricity, no flush toilets, that’s how I grew up and I’ve tried not to expose you to those conditions! And they make you do labour during the day, how much do they pay you to attend this thing?” Her sentiments imply that it may be fun to play at being sustainable for a weekend but living sustainably may be a different experience that requires a cultural and values shift. Despite the lack of class diversity, the music still attracted people that were less “hardcore” in their activist opinions, and it is probably the higher classes of society that need to reduce their consumption anyway. I also thought that the camping experience made me appreciate the privilege of living in a city with all its creature comforts and convenience.

While in the forest, I realised that I do not love nature, not in the same way that most people at Reforest Fest do. I do not feel connected to nature while getting my hands into the soil, I just feel like washing my hands. I do not enjoy walking barefoot, I much prefer wearing shoes, even around the house. I do not feel the need to talk to trees before planting them, I consider it a little strange. The creatures we encountered while camping made me feel uncomfortable and a little unsafe. I do not climb trees for fear of falling or scraping my skin on them. And I do not believe in the chakra concept, or that burning herbs can change your energy flow, as many Reforest Fest attendees do. It is simply not in my nature to believe these things, although I try not to judge those that do.

I am a city-dweller who enjoys comfort and believes in the truth of scientific theory. I enjoy innovation and invention, and while I believe in the need to preserve nature, this stems from a more anthropocentric origin. My opinion is that humans need to protect nature in order to maintain or enhance human wellbeing, since nature as a whole will persist in some form even if humans destroy its “useful” forms. I am more moved by social and economic issues like poverty and resource usage for human benefit, than humans protecting nature for nature’s sake. I would not think that much of humans, or that little of nature (not that they should be treated separately in the first place). The challenge for me is how to improve human wellbeing without destroying the natural environment upon which humans rely.

When I talk about forms of nature that are “useful” to humans, I include the concepts of natural resources, ecosystem services, and the normative value judgements humans ascribe to nature, like beauty (I think beauty is something humans ascribe to nature, and not at all something nature ascribes to itself). I do enjoy the beauty of a scenic vista, be it a mountain, hill, grassland, or ocean, but it is more an aesthetic appreciation than a connection. I actually feel more connected to the urban environment, with its concrete topography. I marvel at the glass and steel skyline of Sandton and the beauty of human creativity and achievement; however, I also feel the tension between human development and sufficiency. In addition, finding the tipping point at which small communities move from simply trying to survive environmental change (like poorer “slums”), to influencing environmental change (like the richer Reforest Fest community) is something that would be fascinating to uncover.

Can music help with any of this? Probably. Music has been seen as both an indicator and influencer of culture. It has the ability to connect with cultural identity, and some might argue that the global sustainability poly-crisis is a crisis of culture. I do not know how music itself can discourage consumerism and the undying quest for economic growth – that is not what my research uncovered. What I can say is that the entertainment value of music is often underexplored and underappreciated when dealing with more “serious” matters of sustainability. The truth is that humans are holistic beings who need entertainment as something to trigger a sense of reward for doing the right thing. If music can be used in that context, for example by throwing a party to celebrate reforestation and sustainable living, we may be onto something.