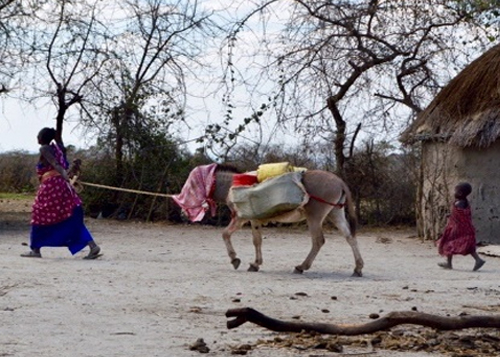 Traditional medicine for today: why we should pay attention

Traditional medicine and herbal remedies have been part of cultures around the world for Millenia. The first written recording of its use dates back 5000 years to the Sumerians (modern day southern Iraq) and the use of herbs and plants to cure ailments span Ancient Egypt, the Ayurverdic traditional medicine in India, and Chinese traditional medicine dating back to the dynasties. This rich tradition has persisted into modern civilisation and is receiving renewed attention for its benefits in a world where western medicine is not seen as the only cure for sickness and disease anymore.

On home soil, traditional medicine has strong roots and great potential. According to Health24, there are currently about 200 000 actively practicing traditional healers in South Africa. Perhaps most significant in Africa is traditional medicine’s connection with culture and beliefs. These beliefs have, however, created many taboos around the practice. Following the Group Areas Act of 1950, many households taught their children that anything viewed as traditional was also uncivilised, backward and even associated with witchcraft.

This view is gradually changing and makes the research of Shaun Dunn, a graduate of Stellenbosch University’s Masters in Sustainable Development programme presented at the Sustainability Institute, particularly timeous.  Shaun Dunn, who grew up with the views that traditional medicine has no place in modern society, dedicated his thesis to understanding the current opportunities and challenges for traditional medicine in our world. His MPhil was awarded by the School of Public Leadership at the University of Stellenbosch in 2017 and his thesis was entitled ‘Investigating the challenges and benefits of traditional medicine: Case study Tanzania’. This article will focus on the opportunities and challenges identified on a global scale, but if you’re interested in reading about his visit to Tanzania to meet traditional healers and practitioners, his full thesis is available here.

Why the sudden interest in traditional medicine?

Another important reason for a renewed interest in traditional medicine is the rapid increased cost of health care across the globe. According to Deloitte’s 2015 Global Health Care Outlook, ‘Common goals, competing priorities’, health spending is estimated to have increased by 2.8% during 2013, to a staggering total of $7.2 trillion. This figure is only projected to increase to as much as $9.3 trillion.

Traditional medicine offers a more affordable alternative. Furthermore, it is accessible and available. In many rural areas where there is little to no access to conventional doctors, it allows a much wider population to access healthcare.

In Africa specifically, traditional healers often play a vital role in preserving the culture and heritage of a community as opposed to conventional doctors who treat symptoms and seldom ask about the spiritual and cultural components of patients’ lives. The goal of a traditional healer is to heal holistically and attempt to connect patients to social and emotional equilibrium. In a world where well-being is now seen as much more than physical health, this approach carries great benefit.

Dunn also believes there has been a renaissance of African pride, which drives residents to reconsider the negative opinions they received about ‘muthi’ and once again take pride in this cultural heritage.

The good and bad of commercialisation

The increased attention and support for traditional medicine promises opportunities for commercialising certain products and providing financial benefit for local communities by trading both locally and internationally. However, with the promise of commercial success comes potential for exploitation. Dunn identifies it more specifically as ‘biopiracy’, the uncompensated commercial use of resources or traditional knowledge from developing countries, as well as the patenting by corporations of claimed inventions based on such resources or knowledge.

A recent court case in South Africa exemplifies exactly this. Hoodia is a plant used by the San people as an appetite suppressant. British pharmaceutical company, Phytopharm, wanted to patent the appetite suppressing agent in the plant to use for a commercial product. The San people objected, as this ‘invention’ was based on their traditional knowledge and therefore they deserved to be acknowledged and compensated for their knowledge of the benefits of hoodia. They were eventually promised 6% of all earnings for the product, which some believe is still insufficient.

The regulatory challenge of traditional medicine

A major challenge facing traditional medicine in South Africa particularly, is the lack of policy and regulation. While a more regulated system will protect patients from fraud and malpractice, there are many obstacles to regulating a practice that is predominantly informal. The Conversation discusses various requirements for traditional healers, suggested in the Traditional Health Practitioners Act (passed in 2014). Traditional healers are, for example, required to undergo at least one year of training, however no accredited training facilities are as yet available. Healers are also reluctant to record their cures and approaches, as these are often regarded as family secrets. Regulating the 200 000 traditional healers in South Africa therefore poses major challenges, yet the World Health Organisation deems this one of the most important steps toward integrating traditional medicine in our world today.

Just as resource depletion and global inequalities are affecting all parts of civilisation, it also impacts the prospects for traditional medicine. Ecosystem degradation and climate change in particular threaten the very plants and herbs that traditional healers depend on. According to Health24, overharvesting of medicinal plants is already causing an unsustainable trajectory, and this will only worsen with the effects of climate change and biodiversity loss. Compounded by an increased interest in traditional medicine, medicinal resources are at severe risk.

Traditional medicine has great potential in a society where people are unsatisfied with the price and negative side effects of conventional medicine and where a renewed love for traditional ways and holistic practices are blooming. While it is wonderful to see a modern world acknowledging once again the value of traditional knowledge, with it comes major challenges with regard to regulation and sustainability – both of the practice itself and the resources it requires from our already threatened earth.