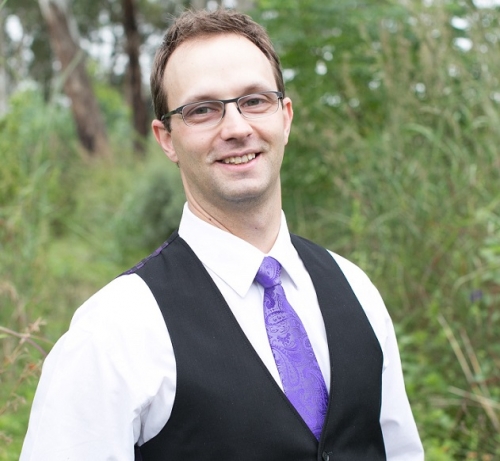 There has been a lot of talk about the proposed domestic carbon tax and it has been a long process. This process started with the approval by Cabinet of the National Climate Change Response White Paper in 2011 to where we are today, knowing that the tax will be phased in from 2019, but anxiously waiting to understand the nitty-gritty of the implementation. Supposedly more information regarding the implementation of the carbon tax will be clarified through information provided throughout 2018 by national government.

Is time on our side? We are seeing more and more extreme weather events and most scientists will agree that pure greenhouse gas (GHG) mitigation action did not result in the desired reductions and that we have to brace ourselves for adaptation measures. The intention of the proposed domestic carbon tax is in line with international thinking of the polluter pays principle, quoting: ‘Those responsible for harming the environment must pay the costs of remedying pollution and environmental degradation and supporting any consequent adaptive response that may be required.’

In its simplest form GHG pollution can be divided into three scopes:

One entity’s Scope 1 emissions could be the Scope 2 emissions of another entity. So Eskom combusts coal, which is a Scope 1 emission and we buy the electricity, which is then our Scope 2 emissions. The resulting pollution is the responsibility of the polluter as per the polluter pays principle, but we use the electricity, which implies we are also responsible. In the words of Lionel Ritchie: ‘Say you, say me, say it together. Naturally.’

HOW TAX WILL BE APPLIED

The tax is developed in such a way that only Scope 1 (direct) emissions will be liable for tax. Furthermore there are some exclusions and tax free allocations. In brief, most organisations that will be tax liable will have Scope 1 emission exemptions of 60% to 90%, depending on the type of industry and international trade exposure. The exemptions are given as to provide industry with a lead time to change GHG pollution rates and not to adversely impact any industry too quickly.

A box of paper typically weighs 14.5 kg and the GHG pollution associated with the manufacturing process results in about 29 kgCO2e being emitted to atmosphere. (In less abbreviated form this implies that 29 kilograms of carbon dioxide equivalent gas was emitted to atmosphere.)  If we assume that half of the emissions will be Scope 1 emissions then the maximum tax liability will be on 14.5 kg. Let us further assume that the manufacturing process gets the minimum tax deduction of 60% then a box of paper could be taxed on 5.8 kgCO2e and at an initial tax rate of R120/tCO2e this equates to R0.70. (Please note, this calculation is only for illustrative purposes and that the application of the tax is a little bit more complicated.)

That box of paper before the tax would cost about R180 so the tax, in this illustrative example, will not have a massive impact on cost. Obviously this will not be the case for all taxed events.

It is proposed that the carbon tax will be escalated as follows:

BE INFORMED AND PREPARED

So what will the implication of this tax be to you? The impact to people and companies will vary greatly as large fossil fuel users, energy intensive industries and industries with large GHG emissions from industrial processes will bear the brunt of the tax.  In many cases these industries can either start a lengthy process of altering their processes as to reduce GHG emissions or apply the exemptions built into the tax as to reduce this additional burden. Unfortunately there are some industries that cannot simply change their processes or make simple adjustments to reduce GHG production. Two of these industries include cement producers and steel manufacturers.

For smaller polluters the diesel and liquid fuel price will have an embedded tax in the fuel price that is associated with this carbon tax. Currently the electricity prices does have an environmental levy and it is proposed that initially the carbon tax will simply replace this levy. The proposed domestic carbon tax will though escalate at a different rate compared to the electricity price so later on the tax will become more noticeable.

What is clear is that the ‘polluter pays’ principle is here to stay and there is not a lot of time to get ready for the carbon tax if implementation is to start in 2019.

Imagine telling someone in the mid-90s that one day as part of going to a grocer and buying food, you would need to pay for a plastic bag as well. Pay for a plastic bag!? Few people would have believed you. Now imagine a world in which every item in that grocery bag has some form of pollution tax associated with it. It is time that we get ready for such a world.

Dr Marco Lotz holds a bachelor’s degree in engineering (chemical), a master’s degree in the modelling of process systems with genetic programming (chemical engineering) and a PhD in engineering management and an MBA. His PhD focused on the project management and risk management of greenhouse gas reduction projects. Marco started his career in 2006 and consulted to a wide variety of industries, including steel and cement manufacturing and precious-metal mining and processing, where he was involved in numerous carbon reduction projects. The carbon projects covered the complete spectrum of carbon activities, including carbon footprinting, carbon disclosure projects, carbon-neutral endeavours and revenue-generating carbon reduction projects. These projects also included water- and energy-related matters. He joined Nedbank in 2010 and was appointed as the Nedbank Group Sustainability Carbon Specialist. Marco is a study leader for various postgraduate students, acts as a contributor for various well-known carbon publications and as external review expert for selected academic and other publications.

Marco will be presenting the Carbon Footprinting course (Carbon Footprinting – From strategy to practical tool) at the Sustainability Institute from 13 to 16 March 2019. This course will enable participants to calculate a carbon footprint, assist to be tax complaint and reduce GHG pollution through active management.